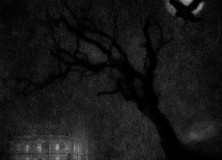 In this Between Birds of Prey program we pay tribute to the american writer Edgar Allan Poe, whom was born in this day 199 years ago, so the title for today’s program is: Once Upon a Midnight Dreary – 199 years after Edgar Alan Poe’s Death. Edgar Allan Poe was one of the most influential writers of the romanticism in 19th century….