Between Birds of Prey #96 – Into the Night II 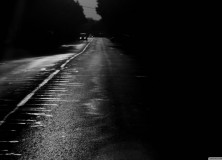 This week we will make a musical journey to the end of the night. Coph Nia ; Mindspawn – Night In The Key Of Madness (Erotomechaniks) :Of The Wand And The Moon: – Nighttime Nightrhyme (:Nighttime Nightrhymes:) Adam Hurst – Early Night (From Silence) Alexander Borodin – Nocturne (The Most Relaxing Classical Album In World… 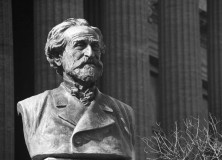 In this episode we will pay tribute to Giuseppe Verdi, one of the most important composers of the XIX century, with an episode entirely dedicated to his operas. Giuseppe Verdi lived between 9 or 10 October 1813 and 27 January 1901, and he and Richard Wagner are considered the two preeminent opera composers of the nineteenth century…. 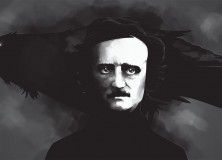 This week in Between Birds of Prey we make a small tribute to Edgar Allan Poe, 164 years after his death, with an episode entitled “The Shadow of the Raven”. Here is the audio and playlist for today: Nox Arcana – Darkest Hour (Shadow Of The Raven) André Previn: London Symphony Orchestra & Chorus –…

Between Birds of Prey #93 – Riders on the Storm 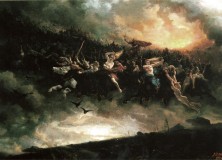 This episode of Between Birds of Prey is inspired by the storms and by all those who try to tame or ride them. Here is the playlist and audio: Richard Wagner – ACT 1 – Vorspiel (Die Walküre) Richard Wagner – Erster Aufzug. Lied. Mit Gewitter und Sturm (Der Fliegende Hollander) Wojciech Kilar – The…