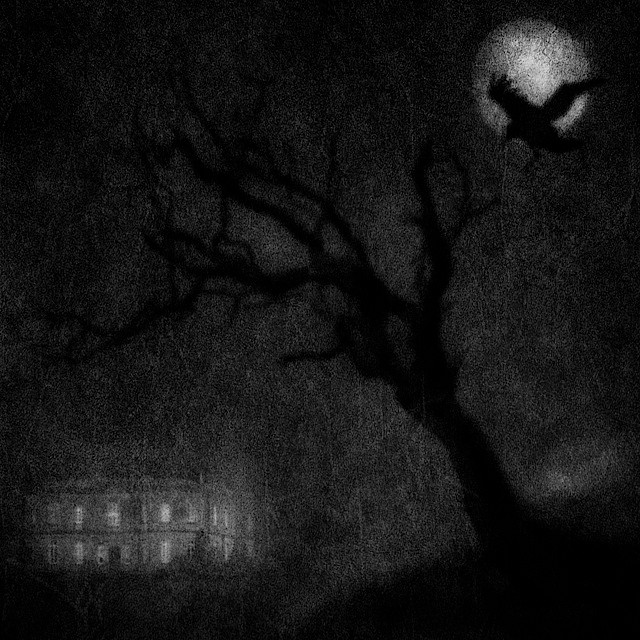 In this Between Birds of Prey program we pay tribute to the american writer Edgar Allan Poe, whom was born in this day 199 years ago, so the title for today’s program is: Once Upon a Midnight Dreary – 199 years after Edgar Alan Poe’s Death.

Edgar Allan Poe was one of the most influential writers of the romanticism in 19th century. He is best know for his tales of the macabre and also for starting the so-called detective fiction and for giving a very important contribute to the emerging style of science fiction.

By listening to today’s playlist, you’ll find some of Edgar Allan Poe’s great poems (Annabel Lee and The Sleeper) and works based on some of his most famous short-stories, such as The Pendulum or The Fall of the House of Usher.

Before the playlist, here is the poem Annabel Lee by Edgar Allan Poe:

It was many and many a year ago,
In a kingdom by the sea,
That a maiden there lived whom you may know
By the name of ANNABEL LEE;
And this maiden she lived with no other thought
Than to love and be loved by me.

The angels, not half so happy in heaven,
Went envying her and me-
Yes!- that was the reason (as all men know,
In this kingdom by the sea)
That the wind came out of the cloud by night,
Chilling and killing my Annabel Lee.

But our love it was stronger by far than the love
Of those who were older than we-
Of many far wiser than we-
And neither the angels in heaven above,
Nor the demons down under the sea,
Can ever dissever my soul from the soul
Of the beautiful Annabel Lee.

For the moon never beams without bringing me dreams
Of the beautiful Annabel Lee;
And the stars never rise but I feel the bright eyes
Of the beautiful Annabel Lee;
And so, all the night-tide, I lie down by the side
Of my darling- my darling- my life and my bride,
In the sepulchre there by the sea,
In her tomb by the sounding sea.

Today’s playlist is as follows:

If you prefer to download the audio, you can do it with the following link: