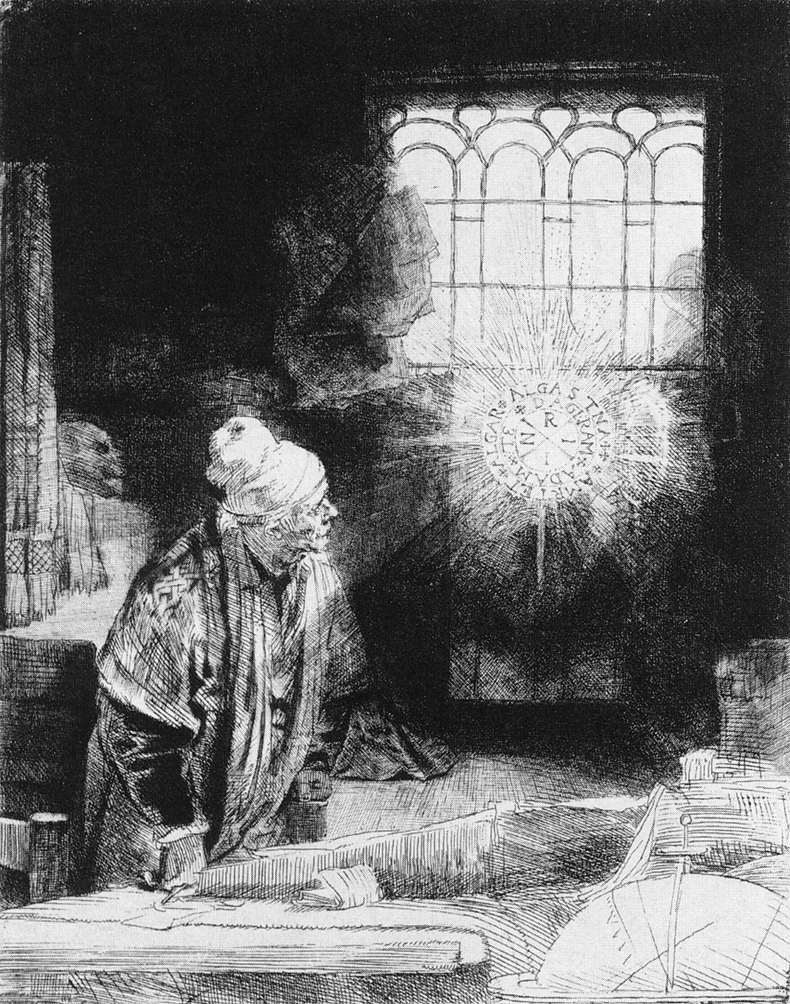 The episode 66 of Between Birds of Prey is dedicated to the famous german legend of Faust. There are many works of art based on this legend, mainly on literature, for instance Johann Wolfgang von Goethe’s Faust or Doktor Faust by Thomas Mann, but also on paintings, such as A Scholar in His Study by Rembrandt (the picture in the right).  In music, lots of creations are also based on this legend, for instance the opera Faust by Charles Gounod or A Faust Symphony by Franz Liszt, both featured in this program.

For those less familiar with this myth, here is a small description, taken from Wikipedia:

Faust is the protagonist of a classic German legend; a highly successful scholar but one dissatisfied with his life who therefore makes a pact with the Devil, exchanging his soul for unlimited knowledge and worldly pleasures. The Faust legend has been the basis for many literary, artistic, cinematic, and musical works that have reinterpreted it through the ages. Faust and the adjective Faustian imply a situation in which an ambitious person surrenders moral integrity in order to achieve power and success for a delimited term.

With this in mind, you can check the playlist and listen to the audio played in the program.

If you prefer to download the audio, you can do it with the following link (the .cue file should help you split the full mp3 into songs):

Between Birds of Prey #66 – Faust.cue