Between Birds of Prey #18 – Et Tu, Brute? A Tribute to Julius Caesar 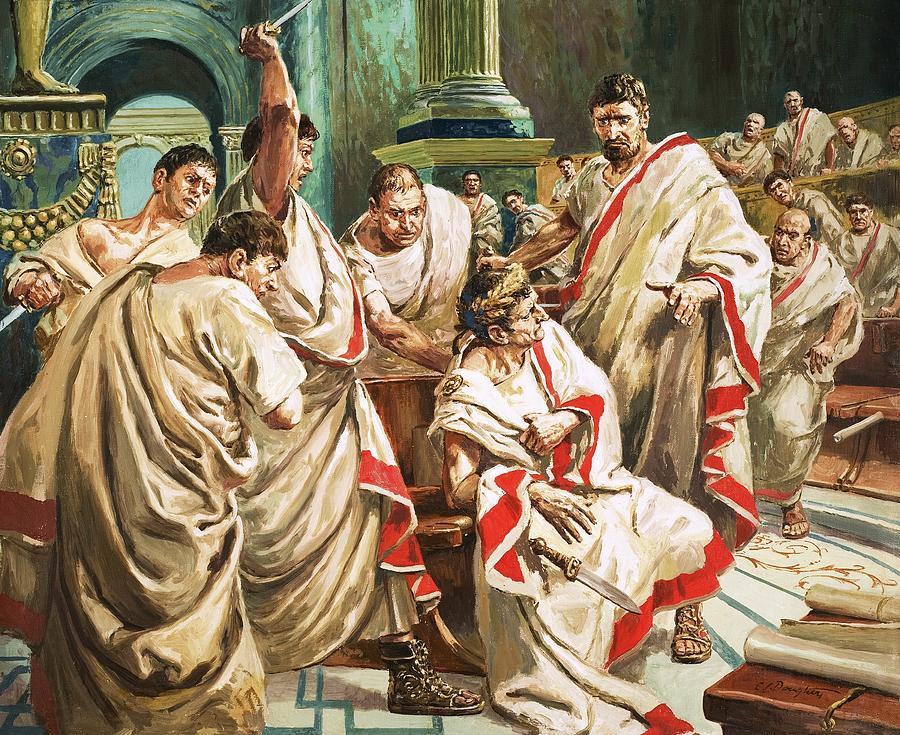 In the Ides of March (March 15th), 44 BC, Julius Caesar was stabbed to death by a group of senators that included is own son Marcus Brutus. Supposedly, by seeing is son attacking him, Julius Caesar resigned to his fate and spoke as last words “Et Tu Brute?”, meaning “You too, Brutus?”

It is not know exactly which were Julius Caesar last words, although, despite contesting by scholars, the phrase Et tu, Brute? maintains its place on the public knowledge, mainly because of appearing as a line on William Shakespeare’s play “Julius Caesar” (1599).

In order to keep Roman history alive and, as a tribute to the memory of Julius Caesar, I decided to create a playlist about the Roman civilization and, in this way, episode 18 of Between Birds of Prey was born.

The playlist includes, in the song “Lord of Ages” by Blood Axis, one of my favorite poems about Roman civilization, written by Rudyark Kipling:

A Song to Mithras

MITHRAS, God of the Morning, our trumpets waken the Wall!
‘ Rome is above the Nations, but Thou art over all!’
Now as the names are answered, and the guards are marched away,
Mithras, also a soldier, give us strength for the day!

Mithras, God of the Noontide, the heather swims in the heat,
Our helmets scorch our foreheads ; our sandals burn our feet.
Now in the ungirt hour; now ere we blink and drowse,
Mithras, also a soldier, keep us true to our vows !

Mithras, God of the Sunset, low on the Western main,
Thou descending immortal, immortal to rise again !
Now when the watch is ended, now when the wine is drawn,
Mithras, also a soldier, keep us pure till the dawn!

Mithras, God of the Midnight, here where the great bull dies,
Look on Thy children in darkness. Oh take our sacrifice !
Many roads Thou hast fashioned: all of them lead to the Light,
Mithras, also a soldier, teach us to die aright!

Next is the playlist as well as the audio for you to listen and/or dowload: